Posted by alison at wakefieldlibraries 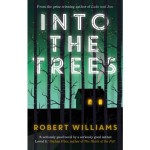 Don’t miss our next author event on Wednesday 24 June when we have not one but two authors introducing their novels. The talk will start at 7.15 pm but do join us before for tea and coffee. The event is free but please contact Wakefield Library on 01924 305376 to reserve a place.

Our authors are Debbie Taylor and Robert Williams.

Debbie Taylor is the founder and Editorial Director of Mslexia. She has worked as Editor at New Internationalist and Writing Women magazines and as a writer, research­er and project manager for many organisations, including Oxfam, Anti-Slavery, BBC 2, Channel 4, UNICEF and WHO. Her novels include The Fourth Queen and Hungry Ghosts. She lives in a decommissioned lighthouse at the mouth of the Tyne with her husband and daughter.

Her novel Herring Girl is a time-slip novel investigating a century-old murder and the possibility of reincar­n­ation. It centres on a schoolboy called Ben who wants a sex-change because he believes he has literally been born into the wrong body. Debbie says ”The book is set on the bank of the River Tyne in North Shields where I live, in two main time periods: 1898 at the peak of the herring fishing boom, and 2007 over a century later. I’ve been calling it a historical paranormal romantic crime mystery – why stick to one genre when you can have four?”

Robert Williams grew up in Clitheroe, Lancashire and currently lives in Manchester. His first novel, Luke and Jon, won a Betty Trask Award, was translated into six languages and called ‘a hugely impressive debut’ in the Daily Telegraph. His second novel, How the Trouble Started, was shortlisted for the Portico Prize for Fiction. He has worked in a secondary school library, as a bookseller for Waterstones, and has written and released music under the name The Library Trust.

Into the Trees grew from a single image: that of a baby screaming inconsolably, an exhausted father holding her late in the night, comforting, singing for her, all to no avail; this is a baby that will not be soothed. It develops into a story of a traumatic night under the ancient trees of Bleasdale Forest and its aftermath. Robert says ”
I think the book is about imperfect lives. How people strive and fail, but sometimes succeed, in living the life that is in front of them, not the life they would have chosen necessarily, but that one that is there to be lived.”

Come and meet them on 24 June and contact your library if you would like a copy of either of the books to read before the event.