Posted by alison at wakefieldlibraries

The papers are full of lists of the books you should have read in 2015. The Christmas break is a good time to note titles you may have missed or promise yourself that next year you will tackle that classic you have always meant to read.   Here are a few of the books coming up in the next three months that you may want to add to the list>

London, November, 1960: the Cold War is at its height. Spy fever fills the newspapers, and the political establishment knows how and where to bury its secrets. When a highly sensitive file goes missing, Simon Callington is accused of passing information to the Soviets, and arrested. His wife, Lily, suspects that his imprisonment is part of a cover-up, and that more powerful men than Simon will do anything to prevent their own downfall. She knows that she too is in danger, and must fight to protect her children. But what she does not realise is that Simon has hidden vital truths about his past, and may be found guilty of another crime that carries with it an even greater penalty.

A man is washed up on a deserted beach on the Hebridean Isle of Harris, barely alive. He has no idea who he is or how he got there. The only clue to his identity is a map tracing a track called the Coffin Road. A detective crosses rough Atlantic seas to a remote rock 20 miles west of the Outer Hebrides. With a sense of foreboding he steps ashore where three lighthouse keepers disappeared more than a century before – a mystery that remains unsolved. But now there is a new mystery – a man found bludgeoned to death on that same rock. A teenage girl lies in her Edinburgh bedroom, desperate to discover the truth about her father’s death. Two years after the discovery of the pioneering scientist’s suicide note, Karen Fleming still cannot accept that he would wilfully abandon her. ‘Coffin Road‘ follows three perilous journeys towards one shocking truth – and the realisation that ignorance can kill us.

An accessible and entertaining history of the Russian royal dynasty that was marked by tragedy.

Joan Bakewell has led a varied, sometimes breathless life: she has been a teacher, copywriter, studio manager, broadcaster, journalist, the government’s Voice of Older People and chair of the theatre company Shared Experience. She has written four radio plays, two novels and an autobiography. Now in her 80s, she is still broadcasting. Though it may look as though she is now part of the establishment – a Dame, President of Birkbeck College, a Member of the House of Lords as Baroness Bakewell of Stockport – she’s anything but and remains outspoken and courageous. In ‘Stop the Clocks‘, she muses on all she has lived through, how the world has changed and considers the things and values she will be leaving behind.

1911: Inside an asylum at the edge of the Yorkshire moors, where men and women are kept apart by high walls and barred windows, there is a ballroom both vast and beautiful. For one bright evening every week they come together and dance. And, when John and Ella meet, it is a dance that will change two lives forever. From the author of ‘Wake’

Howard Jacobson – Shylock is my name.

‘Who is this guy, Dad? What is he doing here?’ With an absent wife and a daughter going off the rails, wealthy art collector and philanthropist Simon Strulovitch is in need of someone to talk to. So when he meets Shylock at a cemetery in Cheshire’s Golden Triangle, he invites him back to his house. It’s the beginning of a remarkable friendship. Elsewhere in the Golden Triangle, the rich, manipulative Plurabelle is the face of her own TV series, existing in a bubble of plastic surgery and lavish parties. She shares prejudices and a barbed sense of humour with her loyal friend D’Anton, whose attempts to play Cupid involve Strulovitch’s daughter – and put a pound of flesh on the line. The next in a series in which notable writers rework Shakespeare’s plays as modern novels. 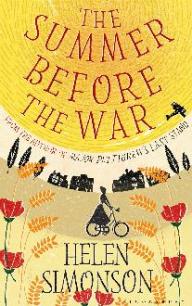 Tracy Chevalier – At the edge of the orchard

What happens when you can’t run any further from your past? Ohio, 1838. James and Sadie Goodenough have settled in the Black Swamp, planting apple trees to claim the land as their own. Life is harsh in the swamp, and as fever picks off their children, husband and wife take solace in separate comforts. James patiently grows his sweet-tasting ‘eaters’ while Sadie gets drunk on applejack made fresh from ‘spitters’. Their fighting takes its toll on all of the Goodenoughs – a battle that will resonate over the years and across America. Fifteen years later their youngest son, Robert, is drifting through Goldrush California. Haunted by the broken family he fled years earlier, memories stick to him where mud once did. When he finds steady work for a plant collector, peace seems finally to be within reach. But the past is never really past.

Margaret Forster – How to measure a cow

Tara Fraser leaves London to start a new life in a Cumbrian town selected at random. She plans to obliterate her past, which contains a shocking event that had serious consequences, by becoming a completely different personality from her previous volatile self. She is going to be quiet, even dull, and very private. But one of her new neighbours, Nancy, is intrigued by her. She wants to become her friend. Equally determined not to be discarded are three old friends who Tara feels let her down when she most needed them. Tara fights to keep herself to herself, but can she do it? And does she really want to? Slowly, reluctantly, she discovers the dangers of trying to supress the past and reject other people.

Helen Simonson – The Summer before the war

From the author of Major Pettigrew’s Last Stand. East Sussex, 1914. It is the end of England’s brief Edwardian summer, and everyone agrees that the weather has never been so beautiful. Hugh Grange, down from his medical studies, is visiting his Aunt Agatha, who lives with her husband in the small, idyllic coastal town of Rye. Agatha’s husband works in the Foreign Office, and she is certain he will ensure that the recent sabre rattling over the Balkans won’t come to anything. And Agatha has more immediate concerns; she has just risked her carefully built reputation by pushing for the appointment of a woman to replace the Latin master. When Beatrice Nash arrives with one trunk and several large crates of books, it is clear she is significantly more free thinking – and attractive – than anyone believes a Latin teacher should be

Happy Christmas and happy reading in 2016!